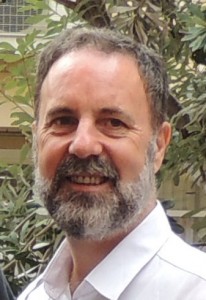 Robert was awarded a PhD in music composition through Griffith University, Queensland Conservatorium of Music. He is married with three children and has recently returned to Australia from Malaysia where he was working as a senior lecturer in the music faculty of UPSI.

Robert’s compositional voice ranges from secular/sacred works for choir to orchestral and chamber music, plus the stage and concert band genre. He composes in acoustic and electroacoustic mediums with many of his works featuring avian elements.  Robert’s  creative output covers a wide spectrum of performance abilities encompassing simple beginner works, canons and rounds to complex and difficult works for virtuoso performers such as The Lunaire Collective.

Robert’s Serenade for Strings has just been released on the Luninescence album and is available for purchase through Amazon.com or Classics Online from which you can purchase the separate tracks.   For more information about the album PARMA recordings has published a post on the PARMA Blog with information about the release, along with a sample from the album and a link to the album page.